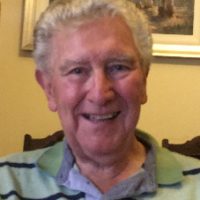 Denis Simond has an extensive history with U3As including arranging the sponsorship of the first printed list of U3As in Australia; attending 2 world conferences, one in Wuhan as a keynote speaker; attending numerous State Conferences in Victoria and NSW; being a committee member and Past President and a current presenter at U3A Shoalhaven and a presenter at many U3As from Bundaberg, Qld to Albany, WA, and many in between.

He is both an RR for the South Coast and the Network NSW President for the remainder of the current term of office.

Prior to his retirement, he was Executive Director and CEO of The Australian and New Zealand College for Seniors Ltd, a Not for Profit, university based, educational travel program operator. He attended Macquarie University and graduated from the School of Education, specialising in Adult Education.

Roger Curran has been a member of Brunswick Valley U3A since 2004. His first role at Brunswick Valley was editor of the newsletter which meant he knew everything that was happening in the club. He is presently the president of the club.
In 2019, he took on the role of Regional Representative for the Far North Coast. He now returns to this role and also takes up the position of Network Vice President.
Roger has a long history of active participation in car clubs, Toastmasters, and on the committees for major fund-raising events in the Brunswick Valley. With a career that included a lot of workplace relations, Roger enjoys being out the front with a microphone in his hand.

Roger looks forward to a productive time back on the Netwwork Committee and the Executive and to reviewing the priorities of the Network after the disruptions of the last couple of years. 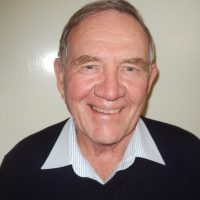 Greg Brown is a retired irrigation farmer living in Leeton NSW.  He was a part of the steering committee leading to the creation of Leeton U3A in 2016 and served as Vice-President of Leeton U3A, where he is still an active member.  At the Regional Forum in May 2019, he was appointed as the Murrumbidgee/Murray Regional Representative on the U3A Network NSW Committee.

Greg has a lifetime of experience in executive positions in a number of community organisations including as a District Governor of Rotary.  He has represented ricegrowers on many local, state and national committees, serving as a member of the Rice Marketing Board and as a Director of Sun Rice.

As a former Major in the Australian Army, he has also been President of Leeton Legacy since 2005.

The NSW U3A Network Committee consists of an ‘executive team’ and nominees from the nine U3A Regions in NSW. Click the Region Name below for your Regional Representative’s (committee member) name and if you wish to check-out the ‘local U3As’ within the region, click your selected “Region” name below.

The Find a Network Member page will also give access to the Regional Representative Email address.